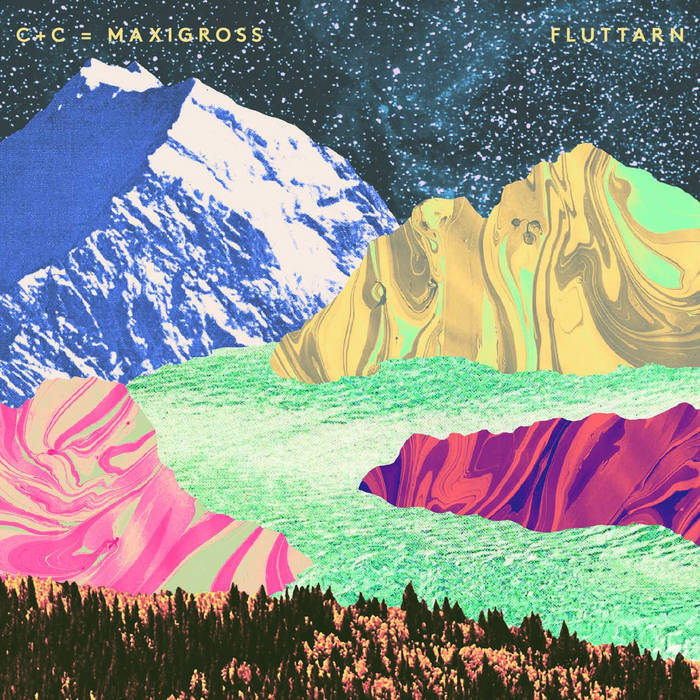 “Fluttarn”, C+C=Maxigross' second full-length album, is the conclusion of a trilogy of records recorded in their own Vaggimal Studios in the village of Vaggimal, outside Verona, a settlement with 114 inhabitants located 732 metres above sea level, which follows their first EP "Singar" ("To sing", in Cimbrian), in 2011, and their first album "Ruvain" ("To make noise"), in 2013.

The choice of using titles in Cimbrian, a germanic language imported to the Lessinia hills between Verona, Trento and Vicenzo in medieval times by germanic settlers, is an homage to their magical and unknown land. In Lessinia, this language is now only known and spoken by few dozens of individuals.

The adventure of the psychedelic collective C+C=Maxigross began in 2009, when the band decided to record in a house on the mountains. They put together a group of songs they wrote with friends, during evenings spent around the fire or walking through Lessinia’s woods. When the EP “Singar” came out they never expected that their name would spread from blog to blog, magazine to magazine. This success allowed them to play everywhere in Italy, from the North to the South. In 2012 they won Arezzo Wave, one of the main Italian music festival contests, and eventually landed in the United States for a mini­tour with one stop at the CMJ Music Marathon in New York.

In April 2013 they recorded their first album, “Ruvain” (Vaggimal/Audioglobe), with some songs produced and recorded analogically on an 8-track tape recorder by Marco Fasolo (Jennifer Gentle) and other songs recorded live by the band itself in their studio on the mountains, during long nocturnal jam sessions.

“Ruvain”, a word that in the ancient cimbrian language means “to make noise”, was acclaimed by critics and won the prize for the best self-produced album (PIMI) at MEI, the meeting of Italian independent labels, and the album allowed them to tour for a year and a half with no breaks. Highlights of this tour were several international festivals, such as Primavera Sound 2014 in Barcelona, Eurosonic in Groningen (NL), Reeperbahn and Fusion Festival in Germany.

In 2014 they undertook a special tour with the Norwegian musician Martin Hagfors (HGH, ex Home Groan), with whom they recorded and EP. This project was called: “An Instantaneous Journey with Martin Hagfors & C+C=Maxigross”.

Every Summer since 2014 they organize the Lessinia Psych Fest, International Festival of Folk and Psychedelic Folk, which is hosted on the mountains around Verona, with artists like Jennifer Gentle, Miles Cooper Seaton (Akron/Family), IOSONOUNCANE, The Pussywarmers, Hobocombo and many more.

In November 2015 they've released their second official album "Fluttarn" (that in Cimbrian means "to flutter, to fly about, to fly away") as a conclusion of a trilogy of records recorded in their own Vaggimal Studios in the village of Vaggimal, outside Verona, a settlement with 114 inhabitants located 732 metres above sea level. "Fluttarn" features artists like Miles Cooper Seaton (Akron/Family), Martin Hagfors (HGH), Marco Fasolo (Jennifer Gentle) and Håkon Gebhardt (Motorpsycho).

In the beginning, the music of C+C=Maxigross was often described as psychedelic folk, an expression that properly defines their beginnings when the sound was mainly acoustic and enriched by vocal harmonies and simple arrangements, like traditional songs from the mountains. Now that C+C=Maxigross have become a powerful live band, electric and improvisation parts have also become fundamental during the composition process and the new songs are more reminiscent of Grateful Dead and Crazy Horse, and always devoted to the craziness of Os Mutantes.

This record is dedicated to Roberto Rizzini.