Seven Songs for a Disaster 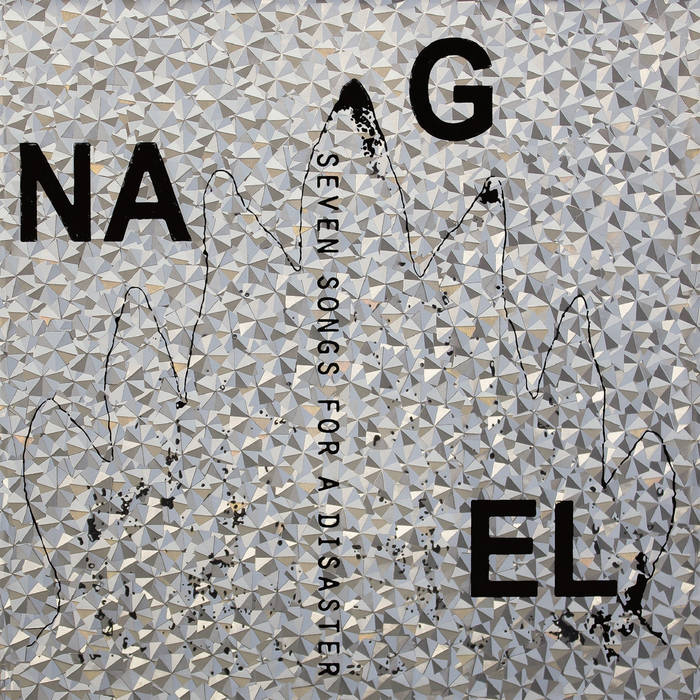 Nagel are a duo. Nagel is a two-headed solo artist. Those two heads belong to Francesco Guerri - who strokes, pinches and strikes the strings of his electrified cello - and to Alberto Fiori - who takes care of the keyboards, the electronic sounds and the beats. Functioning as a duo allows both musicians to act quickly and encourages artistic and compositional interchange, thus reaching unexpected results thanks to a mediation without a true creative mediation. The distance between intellect and impulse is thus reduced: both musicians' minds act in unison or discordance to trace the outline of the disaster mentioned in the album's title, fed both by the themes and melodies from Francesco Guerri and by Alberto Fiori's rhythms.

But what is that disaster? The disaster in the title is the abandoned land inhabited by Nagel, as a duo, as separate artists and as individuals, where existences just won't make it across the rivers of uncertainty. This is why Nagel chooses to use songs as their compositional format, staying close to the melodic and emotional approach of the original arrangements while reaching a synthesis which has little to do with what is usually considered to be a song.

In their exploration of the wild lands of existential disaster, Nagel encounter electronic sound and discover it to be the ideal vessel for their song cycle. Their approach is natural, not intending to be dance or club culture beats but more of an anthropological approach, where electronic music is almost intended as contemporary folk music, at least in the whereabouts of Berlin (and half of the duo lives and works in the capital of Germany, and of electronic and avantgarde music).
Seven Songs for a disaster opens with a pulsation, almost a morse code, carrying the album's secret message: that pulsation will remain as a strong and central element of the entire ouvre, almost always there even in tracks like Deep Into, in the guise of the crackle of a vinyl record.

The two-headed solo artist Nagel isn't always alone in his contemplation of disaster: at times,he is joined by other travellers such as the fashion designer Debby Baker, whose voice can be heard in Three Days Without, or the director Pietro Babina reciting on But First.
The final track, It Started in a Finger, hosts the exceptional voice of Carla Bozulich, a beloved icon of US Art-rock and longtime collaborator of Francesco Guerri on a number of projects.

All songs by Alberto Fiori & Francesco Guerri (2014)
Composed and recorded between July 2011 and May 2013
Mixed and mastered in August 2013 by Beppe Massara and Sergio Altamura at LaVilla 24/7 Recording Studio
Guests: Pietro Babina, Deborah Baker, Carla Bozulich
Art by Nagel