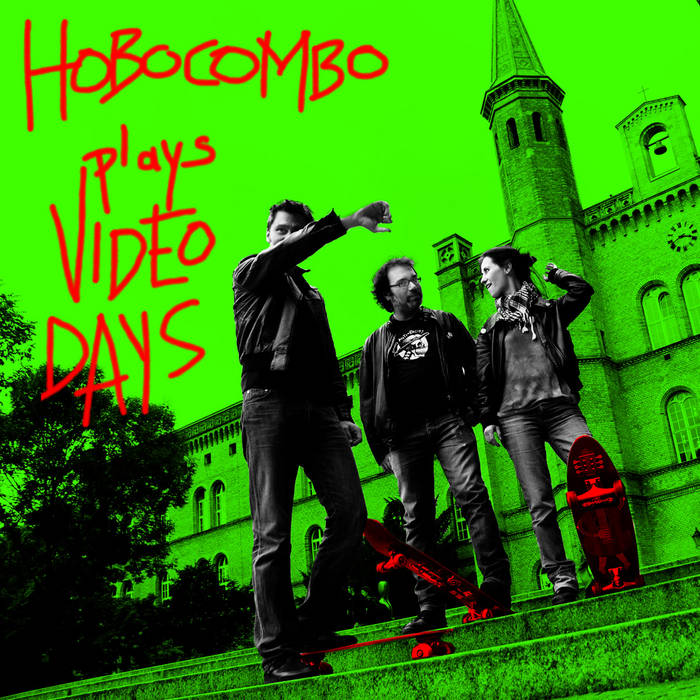 Hobocombo plays Video Days is a new digital mini-EP published by Trovarobato Parade to coincide with the band’s european tour. These three pieces, a selection from a wider project created in June 2011 in Berlin’s Kunstlerhaus Bethanien, are new arrangements of music from the “Video Days” soundtrack, performed in the band’s personal style guided and inspired by the works of Moondog.

Hobocombo plays new arrangements of the "Video Days" soundtrack, using their own musical language inspired by the music of Moondog.
"Video Days" is a video from the Blind skateboard company shot in 1991 in Los Angeles, California.

Wikipedia says that "It is considered by many in the skateboarding community to be 'the Citizen Kane of skateboarding videos[...]'"
It is one of the first works by Spike Jonze, featuring skaters such as Jason Lee, Mark Gonzales and Guy Mariano.

It has a sort of narrative structure, based around the concepts of war (the Iraq conflict began in 1991) and jokes about wasted youth.
The soundtrack follows the same concept rules, matching dramatic songs like "My War" by Black Flag with love songs like "I want you back" by Jackson Five.
The result is a plot where the skaters became actors.