dream in a landscape 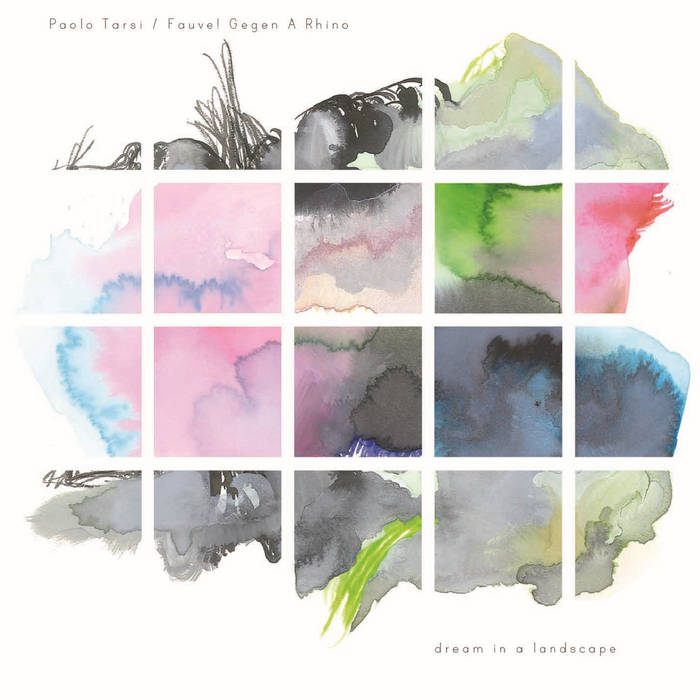 Dream in a landscape is the result of a collaboration between the avant pop composer Paolo Tarsi and the audiovisual electronic duo Fauve! Gegen A Rhino. The album’s title was inspired by the two John Cage compositions it revolves around conceptually: Dream and In a landscape, both composed in 1948. Due to its double structure the album is divided in two parts, with three tracks in the first and two in the second, followed by two ghost tracks.

The first half is based on the reworked pieces, performed by Paolo Tarsi and including versions of Dream and In a landscape adapted for Rhodes MK I (processed in post-production by Fauve! Gegen A Rhino), and In a landscape performed on Hammond organ. The electric piano reinterpretations highlight the aesthetic of sound release and spatiality in the full spirit of Cage. Conversely, the piece for Hammond organ pushes towards the limits of noise, making the most of the composition’s repetitions by giving them a new flow which is constantly evolving and never the same.

The second part of the album consists of Fauve! Gegen A Rhino’s remixes of both pieces, where the remix of In a landscape seeks the warmth of the organ through variations of techno, noise and pop, while the remix of Dream takes on an ambient shade, with psychedelic field trips which may very well be in a “Seventies” style.

The first of the following two ghost tracks is a performance of 4’33” where the duo uses the eponymous portion of time to combine the sounds obtained by background noises, open empty mixer channels, white noise and resonators, generating harmonics from the noises themselves.

The other ghost track is Erratum Musical, composed by Marcel Duchamp in 1913 and later collected in La Boite Verte. The performance note requires the score to be rendered with a chance element, using a dice. The score’s sections have been grouped in a succession which is determined by a throw of the dice before being performed. The composition is for three voices: Magdeleine, Yvonne and Marcel. Following the criterion of the number 3, which was particularly meaningful to Duchamp, a pyramid-shaped dice with triangular faces was used, with the numbers placed at each edge. The piece was composed using these numbers, performed with a sampler, where organ patterns have initially been created (made by Paolo Tarsi) and then processed both in pre-production and in real time, as well as with an arpeggiator. The sampler presents the tracks for the female voices belonging to the artist’s sisters, Magdeleine and Yvonne, while the arpeggiator represents Duchamp’s male voice. The dice is thrown every thirty seconds for a sequence of nine times (for three movements each time: Yvonne, Magdeleine and Marcel), giving the fragments a total length of 4’30’’. The obvious reference is to 4’33”, the preceding ghost track based on Cage’s silent oeuvre, with three seconds removed (that “3” therefore becomes a magical and unrepresentable figure). Furthermore, the dice throws made for the realization of the performance have been included in the recording, chronologically and in succession with a 30” distance between them, thus highlighting the manner in which the piece’s process also contains the possibility to express the idea of a sound in a number of sonic representations.

The entire project, which joins the reworks and remixes of John Cage’s compositions with the teachings of Marcel Duchamp, was conceived by Paolo Tarsi, while the artwork was created by the artist Cecilia Divizia.